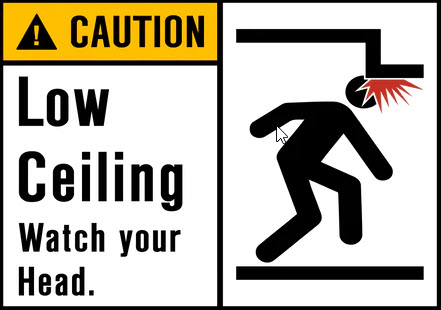 What do Uber, Airbnb, SpaceX, Stripe, and Epic Games all have in common? If you said they’re all unicorns (companies valued at $1 billion without being listed on the stock market), you’re right. Every founder of a new venture dreams of being in this rarified air, but few ever get to breathe it.

However, credit should be given where credit is due. Many founders don’t have such lofty goals. Instead, they’re content with the “green ceiling.” That is, they’re content to cash out as soon as their equity value is high enough to provide them with the lifestyle change they’ve dreamed of, whether moving on to a new venture or sailing off into the sunset in their catamaran.

Plenty of founders would be content to cash out as soon as their personal haul from an exit is $5M to $10M. And hats off to them if this is where they want to exit. We each have our own goals and set of circumstances. Staying just for a season is acceptable in some cases.

A caution to investors in startups

We would be remiss in our discussion on the green ceiling if we didn’t talk about the downside to angel investors.

In general, many VCs make investments with the hope that any one of the portfolio companies can recoup the entire fund. So, a fund investing in 15 deals would want each deal to have 15x potential. Angel investors often do not consider the upside limitations.

In general, 90% of a fund’s return comes from 10% of the deals. If the investor is capped at 2x or 3x on investments due to green ceilings, it’s doubtful the investor’s portfolio will return a positive ROI. The investor is taking all the risks but not seeing all the rewards due to the early exit.

Below is a recent example of a deal we’ve seen at the seed stage. The startup is raising $3M at $15M pre. We are projecting out the Series A & B rounds and the $60M exit. Keep in mind that very few companies ever sell for $60M or more. The chances of any startup selling for $60M or more is under 5%, but for our example, let’s assume they pull it off. As you can see, the founders walk away with over $30M. Generational wealth and a lifestyle change for sure, if only a few co-founders. We wouldn’t blame any founders for putting $30M in their pockets, and many, especially first-time founders in non-coastal areas, would consider such an exit a huge success.

While the seed investors only walk away with a 2.2x multiple on their capital, that’s a better return than many other investments. However, on a risk-adjusted basis, it’s not quite so favorable.

In their best interests, angel investors should have a heart-to-heart with founders of ventures they’re considering and get the issue of the green ceiling out on the table. In some cases, a founder looking for a fairly quick exit may be an acceptable risk, but it’s a risk worth knowing about and factoring in.